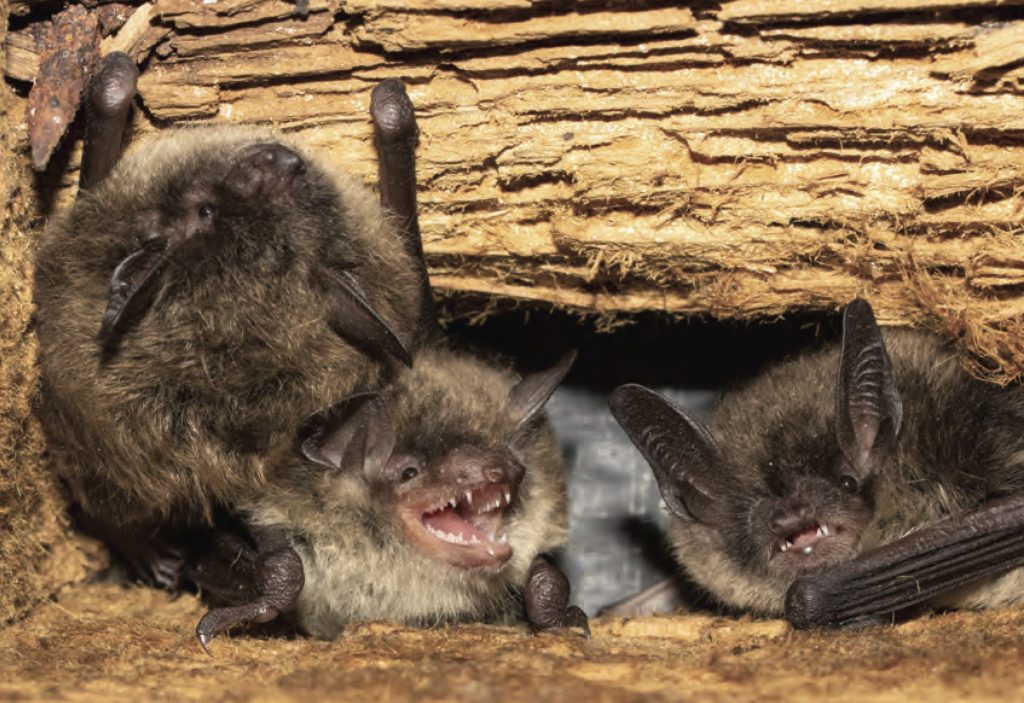 When it comes to managing insect populations, few animals are as important as bats. Bats are an important part of the environment and they are also endangered. Bats can make their way into your property, and when they do, they can pose risks to you and your family as well as damage to your attic or siding. But hurting these animals hurts the environment. For these reasons, bats in homes should be removed with humane methods that cause no harm to the animal while still keeping bats away from the property.

Federal and state laws in NY and NJ make it illegal to kill bats, even when they have established a colony inside your home. Proper removal of bats depends on understanding these laws that protect them as an endangered animal. In some cases, removal can only occur during certain months of the year. Timing is determined around the breeding season so that pregnant and baby bats are not harmed.

In NY, the Endangered Species law protects certain species of bats, like the northern long-eared and Indiana, by enforcing when and how bats can be removed from a home. The list of protected species can change, so it is important to always check before removing bats – whether or not you are a professional.

The NJ Endangered and Nongame Species Conservation Act of 1973 provides similar standards that make harming or bothering bats illegal and outline the times when bats can be removed from a home. In NJ, exclusions can only be performed between April 1 and April 30 or August 1 and October 15 – the only time of year when bats are unlikely to breed.

Because of laws and the benefits bats have for the environment, we use humane methods of removing bats from homes. We never kill bats and avoid the use of poisons or glue traps that can harm them. Instead, our exclusion process relies on physical barriers that keep them out of home.

These solutions make it possible for us to get rid of bats safely, in a way that doesn’t harm the bat and protects your family.

Without professional humane bat control, you run the risk of violating laws, harming animals, and failing to remove bats completely. NY and NJ Animal Control Trappers has the licensed and insured bat removal services that protect both your home and the environment.

Types of Bats in NYC

How Professionals Clean Up After Bats

Are There Bats in the Siding of Your Home?

Signs of Bats on Your Property

Strategies to Get Rid of Pigeons at Your Home

Why Do Commercial Properties in NYC Need Pigeon Control?

Signs of a Pigeon Infestation

This Spring, Remove Pigeon Nests Before Breeding Season in NYC

How to Keep Pigeons Away from Your Home

Pigeon Trapping Versus Pigeon Deterrents: Which is Right for Your Business?

How Many Pigeons Live in NYC?

How Do Bird Droppings Become Dangerous?

Myths and Facts About Birds and Bird Removal

When Are Birds a Problem?

What Types of Damage Do Chipmunks Cause?

How Professionals Clean Up After Rodents

Have a Mouse Infestation? Your Electrical Wiring May Be at Risk

Are Sticky Traps a Good Solution for Mice and Rats?

How to Find a Rat Entrance

How Do We Find Entrance Points for Mice and Rats?

How Rat Exclusion Works (and Why Traps Are Not Enough)

Where Do Raccoons Hide on NYC Properties?

Where Do Raccoons Live During the Day?

Signs that a Raccoon Has Rabies

Keeping Squirrels Out of Your Yard

Decontamination After a Squirrel Infestation

What Kinds of Damage Can Squirrels Do?

How We Animal Proof Your Basement

Restoring Animal Damage After An Infestation

Problems with Dead Animals and When to Get Professional Wildlife Control

What is Humane Wildlife Control?